A privately owned Canadian company since 1974, ABC Technologies is one of the world’s leading automotive systems and components manufacturers.

We cover every facet of the plastics processing technologies, systems and components for the global automotive industry, Fluid Management, HVAC Distribution Systems, Flexible Products, Interior and Exterior Systems and Air Induction Systems. Ranked as one of the top industrial automotive blow-molders in North America, our manufacturing processes include Blow and Injection Molding, Thermoforming, Sheet Extrusion, Interior and Exterior Painting and Material Compounding. We provide comprehensive support and services, from advanced research and development to overall project management.

Our distinction is our vertical integration. We produce products from concept to production for a constantly growing number of unique automotive components and systems. The research and development, materials, design, testing, tooling, machines, processing technologies and secondary assembly systems are all supplied and controlled within our own company. To our customers this means faster development, increased design flexibility, improved efficiencies in manufacturing and assembly, significant cost savings, and enhanced quality and performance.

To support our initiatives, we adhere to a corporate philosophy of always conducting ourselves with the highest ethical standards and values in all of our business dealings, treatment of our employees and social environmental policies.

We maintain a corporate culture where work place diversity and inclusion is a critical component of our success. We develop, retain and attract exceptional people, all within a collaborative environment where workplace safety is always a priority.

With continuous operational improvements, innovation and a strong competitive position for serving our global automotive customers, we are positioned for long-term growth that will benefit our customers, employees, and communities, and provide superior returns to our investors. 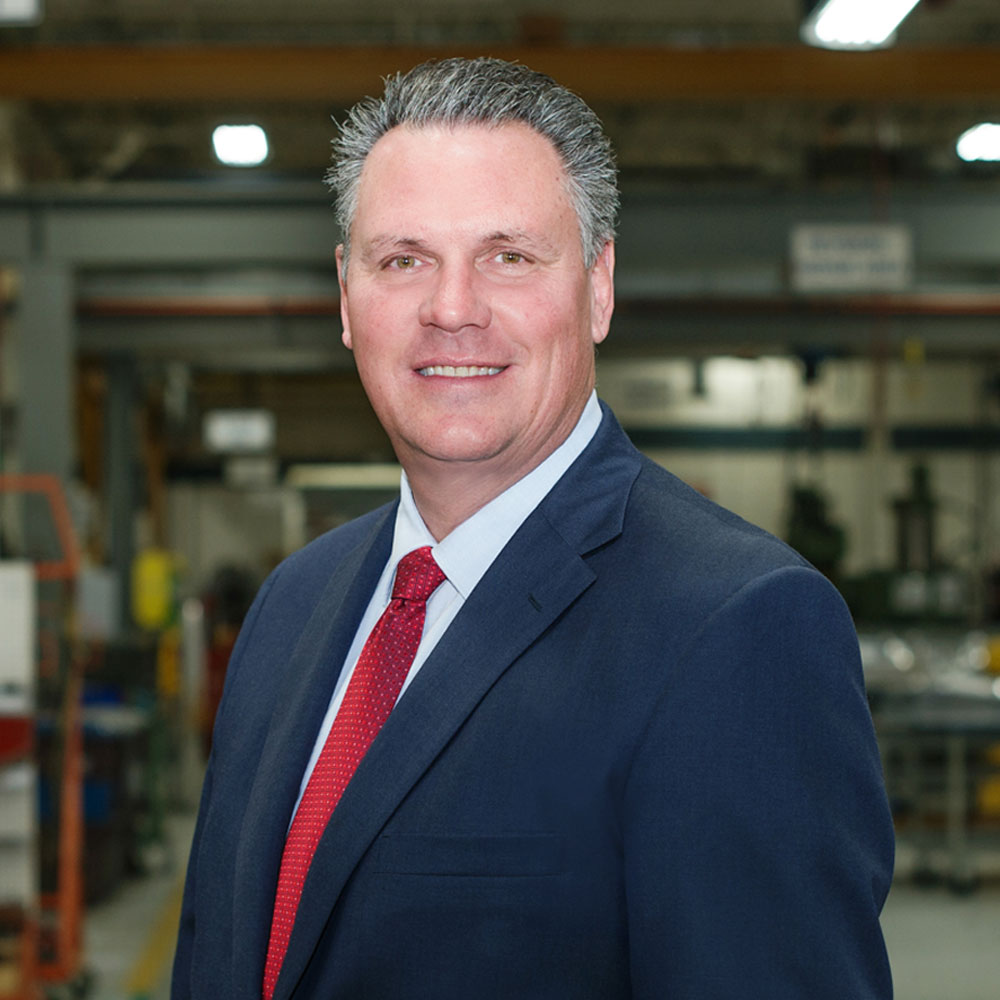 Todd Sheppelman is the President & CEO of ABC Technologies. Todd brings to ABC Technologies more than 30 years of experience in the automotive components industry. He has a great blend of global business experience, effective leadership and broad expertise in many areas including Sales, Marketing, Engineering, Manufacturing, Strategy and Executive Management.

Todd was recently Chief Executive Officer of Air International Thermal Systems, a supplier to the global automotive industry. Prior to this, he was with Visteon Corporation as Vice President and General Manager responsible for the General Motors global business unit. Todd also held the positions of Director of Marketing and Planning for the company’s powertrain division, Plant Manager of Visteon’s Rawsonville manufacturing facility, Sales Director for powertrain products, Business Unit leader for the powertrain business unit with Ford, and head of sales of Visteon’s entire product line portfolio to the automaker.

Todd began his career as a Sales Engineer for Delco Remy, which later became part of Delphi Corporation. Throughout his career with Delphi, he held various Sales, Marketing and Engineering positions, including serving as Chief Engineer in Europe for electrical products, and Director of Sales for interior, safety and lighting products in North America.

Todd holds a Bachelor of Science in Engineering from the University of Illinois and received a prestigious General Motors Fellowship to Stanford University where he earned his MBA. He served as Chairman of the Oxford Kids Foundation, a non-profit charity which funds medical treatments for children with disabilities, chronic illnesses and traumatic injuries not covered by insurance. 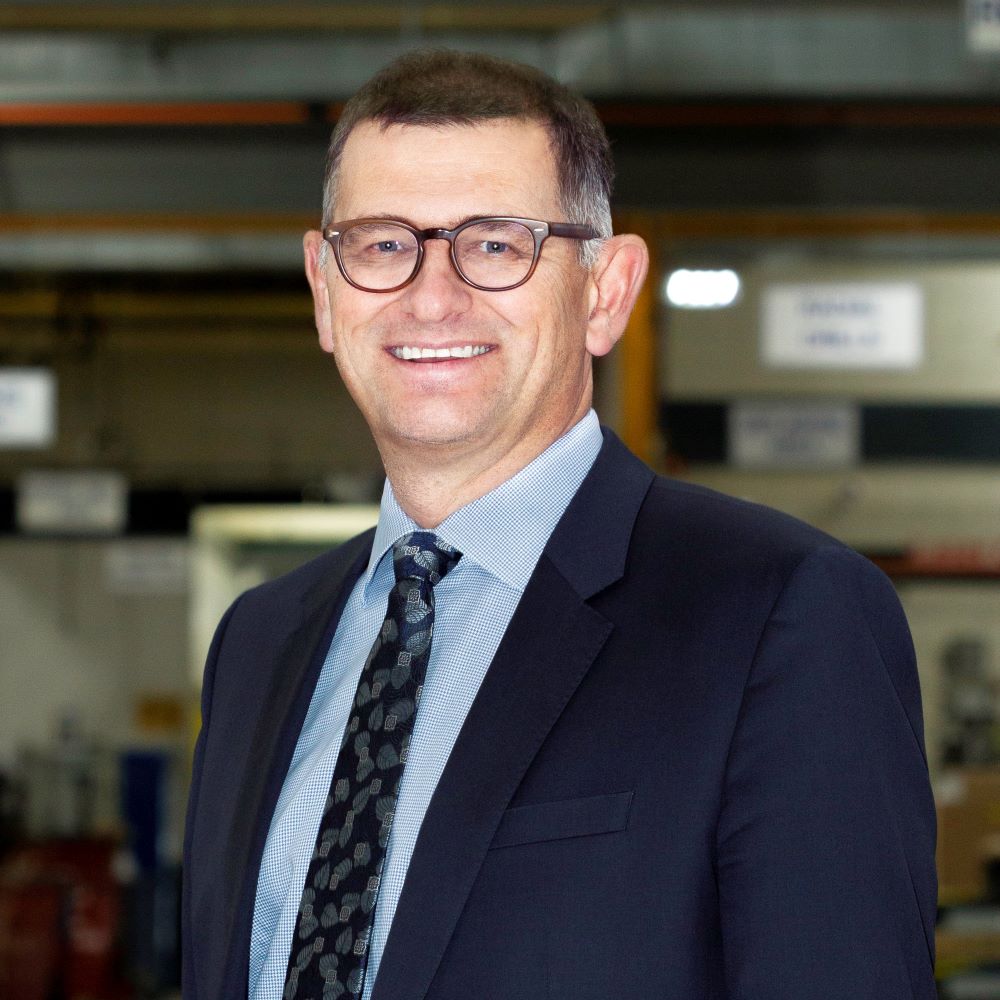 Pelle was most recently President of Tower International in Livonia, Michigan, a $2 billion supplier of automotive structural metal components and assemblies and previously a Cerberus portfolio company. Before this global role, he ran Tower’s European operations while based in Cologne, Germany.

Pelle holds a Bachelor of Science in Business Administration from University of Lund in Sweden and is a board member of Fraunhofer Gesellschaft, a German research organization focused on applied science. 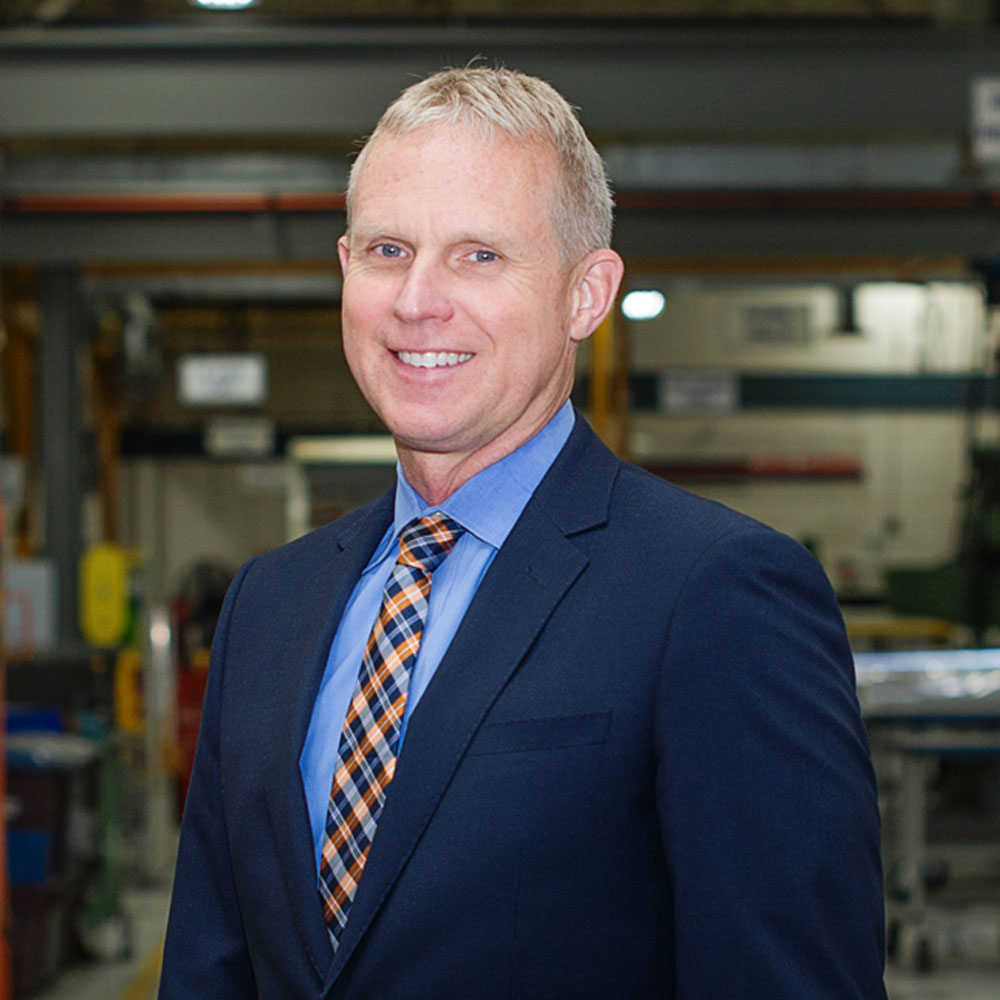 David Smith, CPA, is the Chief Financial Officer of ABC Technologies. David has more than 30 years of experience, working primarily with global automotive suppliers. David graduated magna cum laude from Eastern Michigan University, passed all parts of the CPA exam on the first sitting and spent the first five years of his career at Ernst & Young rising to the level of Manager. From there David has worked for four different automotive suppliers (Simpson Industries, Federal-Mogul, Key Plastics and Key Safety Systems) under both public company and private equity owners. David’s assignments over this time have come with increasing responsibility including building global finance teams for large multinational companies, M&A (diligence on buy side and sell side, deal negotiation, financing), process improvement leading to faster and more accurate financial information, IFRS implementations, turn-around situations, cost reduction and working capital optimization. 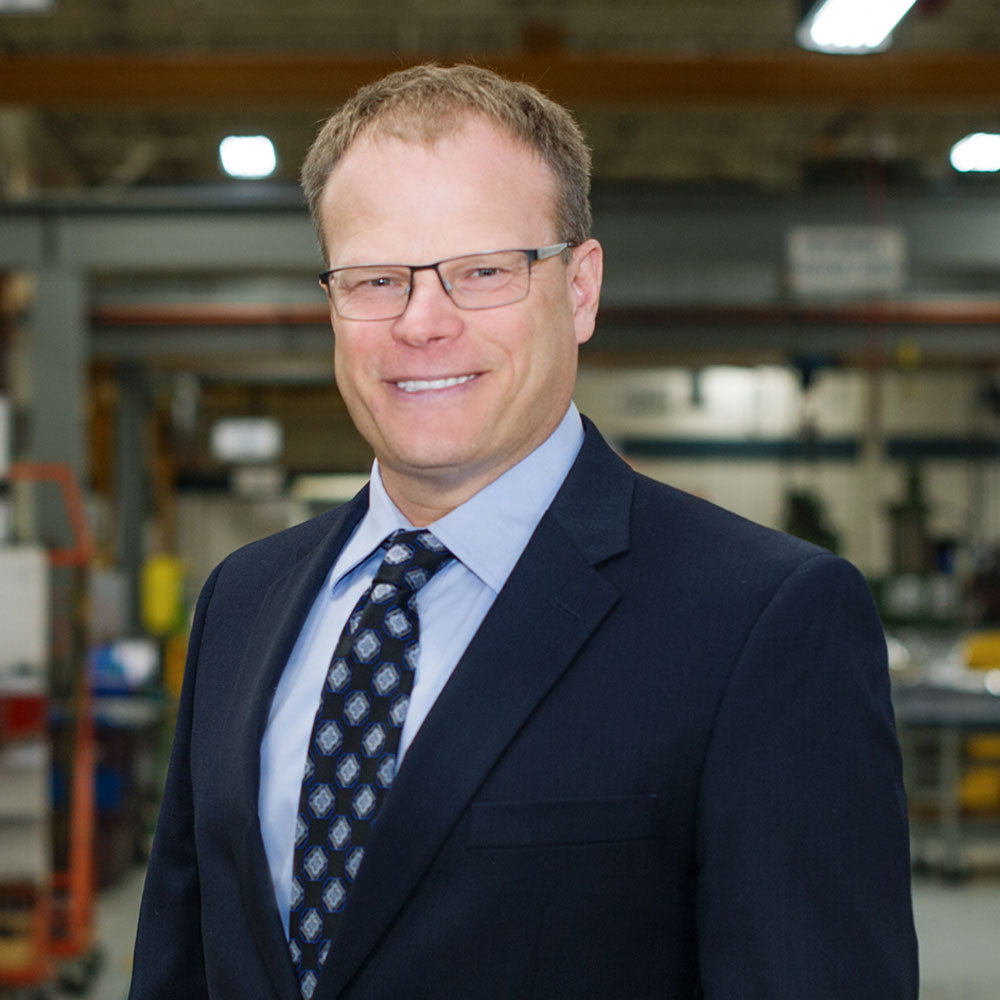 David brings extensive knowledge as a strategic thinker, business driven Human Resources Leader with over 25 years of experience in industries such as automotive, fast moving consumer goods and logistics across Canada, the United States and Mexico.

In his career, David has held senior HR leadership roles including Vice President of Human Resources for Imperial Tobacco Canada.  Prior to joining ABC Technologies, David held positions with organizations such as Wesco Distribution, Tenneco Automotive and Ford Motor Company.

David holds a Bachelor of Arts Degree in Labour Studies from McMaster University. 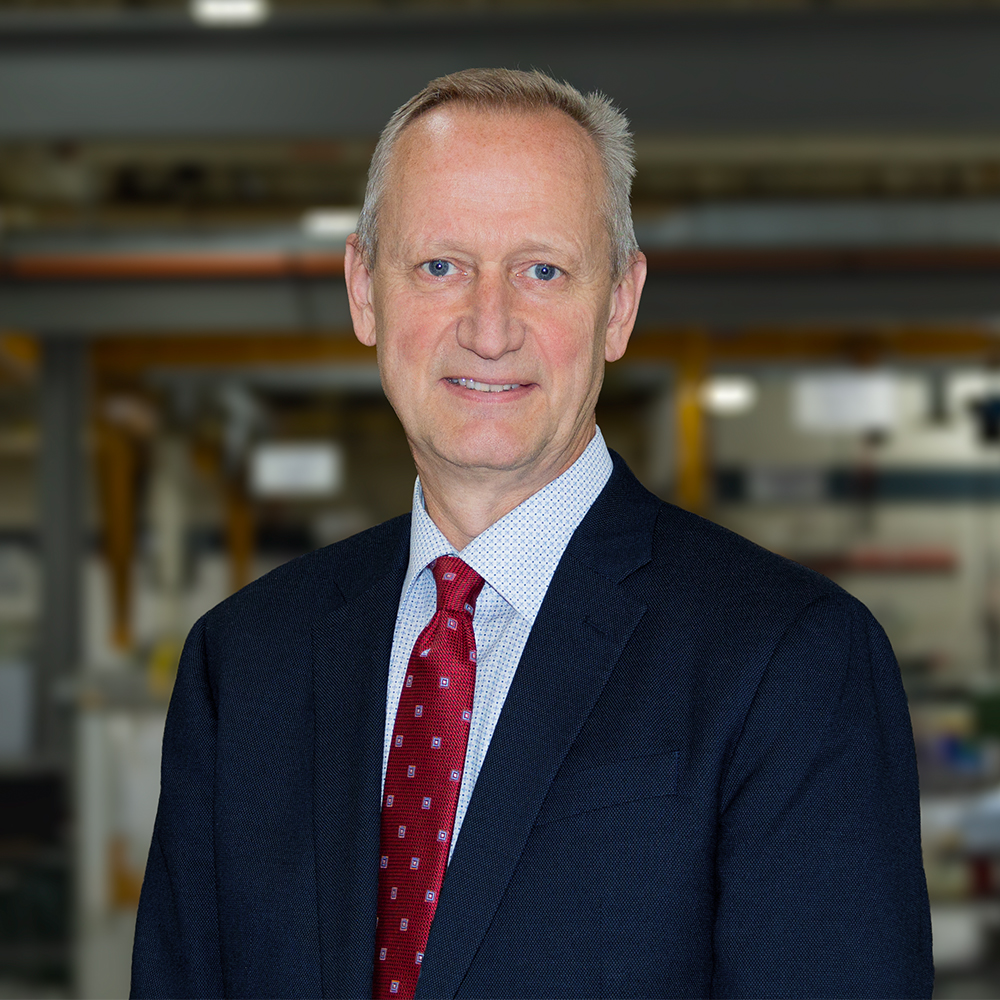 Stuart Greidanus is the Chief Commercial Officer (CCO). As CCO, Stuart is responsible for sales, engineering, marketing, advanced product development, and program management. Stuart brings extensive knowledge of sales and automotive experience from his previous 30 years working in the industry. Prior to ABC Technologies, he worked 11 years as Vice President of Sales and Marketing at Van Rob Stamping, later sold to Kirchhoff Automotive. He also spent 13 years at Magna International, Exteriors Division, advancing to Vice President of Sales and Engineering. He has immersive global responsibilities, including an Expat assignment in Europe with Magna and from his experiences at GKN Powder Metallurgy and Gates Corporation.

ABC Technologies is committed to have a positive social impact by supporting the environment, customers, our people, and community members. We adhere the highest ethical standards and values in conducting business and in implementing our Corporate Social Responsibility (CSR) policy. 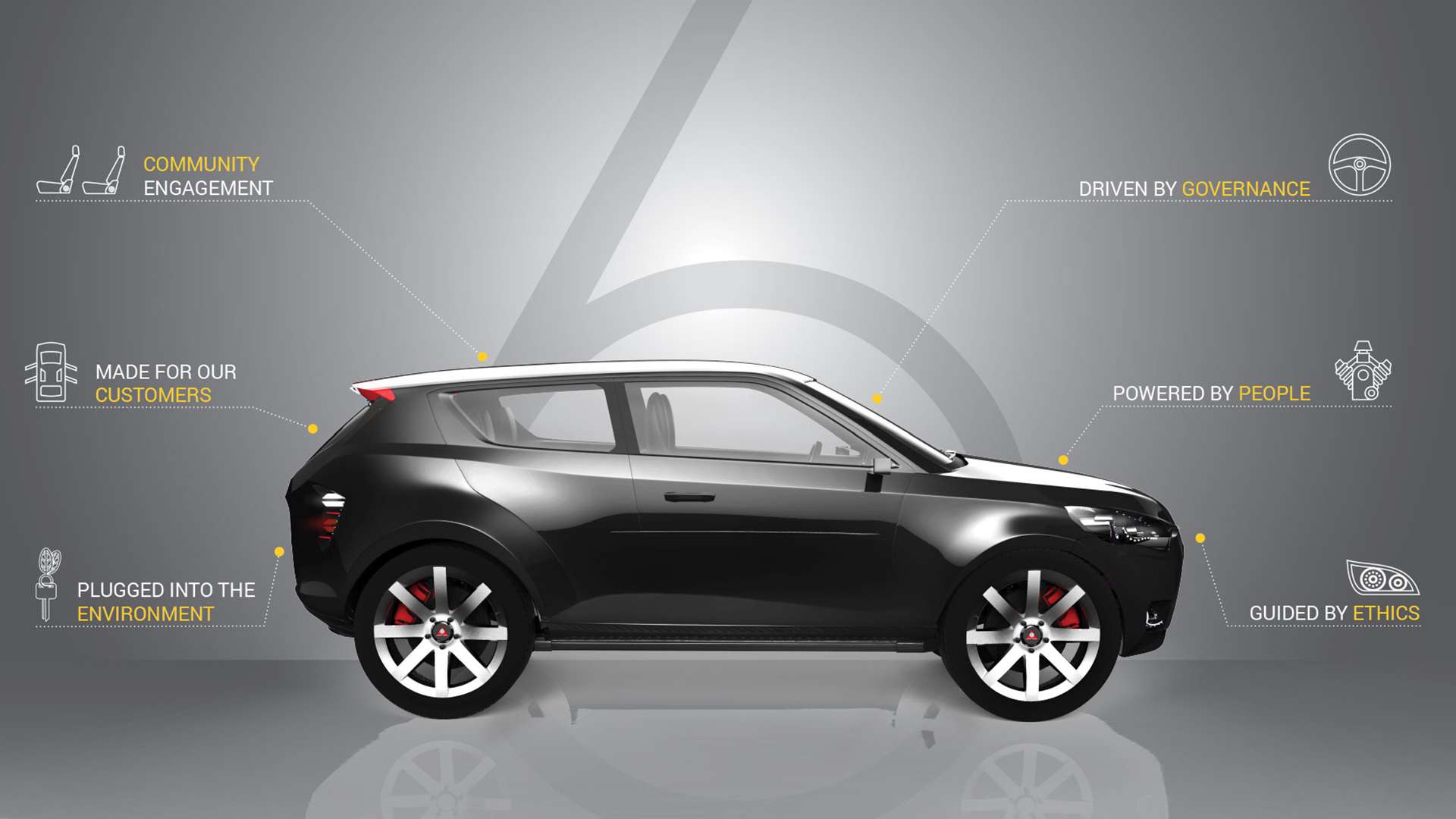 At ABC Technologies, our executives take corporate social responsibility seriously to ensure the success of our strategy and action. Every employee at ABC Technologies encourages a workplace that promotes sustainable processes and ideas. Together, real impact is made throughout our global operations.

ABC Technologies supports the growth of each individual within the organization through a comprehensive benefits package, competitive wages and managing career development. We throw social events all year to demonstrate employee appreciation for all their diligence and accomplishments.

We recognize the importance in hearing a diverse set of experiences and expertise to help ABC Technologies come to the best decisions possible. Internally, we have prioritized diversity in our hiring selection as well as within our supply chain.

Our environmental focus is to increase resource efficiency and reduce pollution, emissions and waste. Every process, from design to finished product, involves environmental considerations. All of our operational sites have been identified by the CDP as a low risk GHG emission producer. Since environmental concerns are a high priority for ABC Technologies, plants are rewarded for their reduction efforts.

ABC Technologies creates positive and significant impacts through our community contributions strategy. The areas we focus on are environmental causes, STEM education, skills competitions and healthcare contributions. Developing our surrounding communities is critical to economic sustainability, which is why we are committed to expanding our internship program and intensify our corporate training.

With the support from every employee, we are committed to maintaining a safe workplace. Our joint health and safety committees proactively search all sites for any hazards. Every plant has surpassed our expectations in achieving their no lost time incidents commitments – We always put our people first. 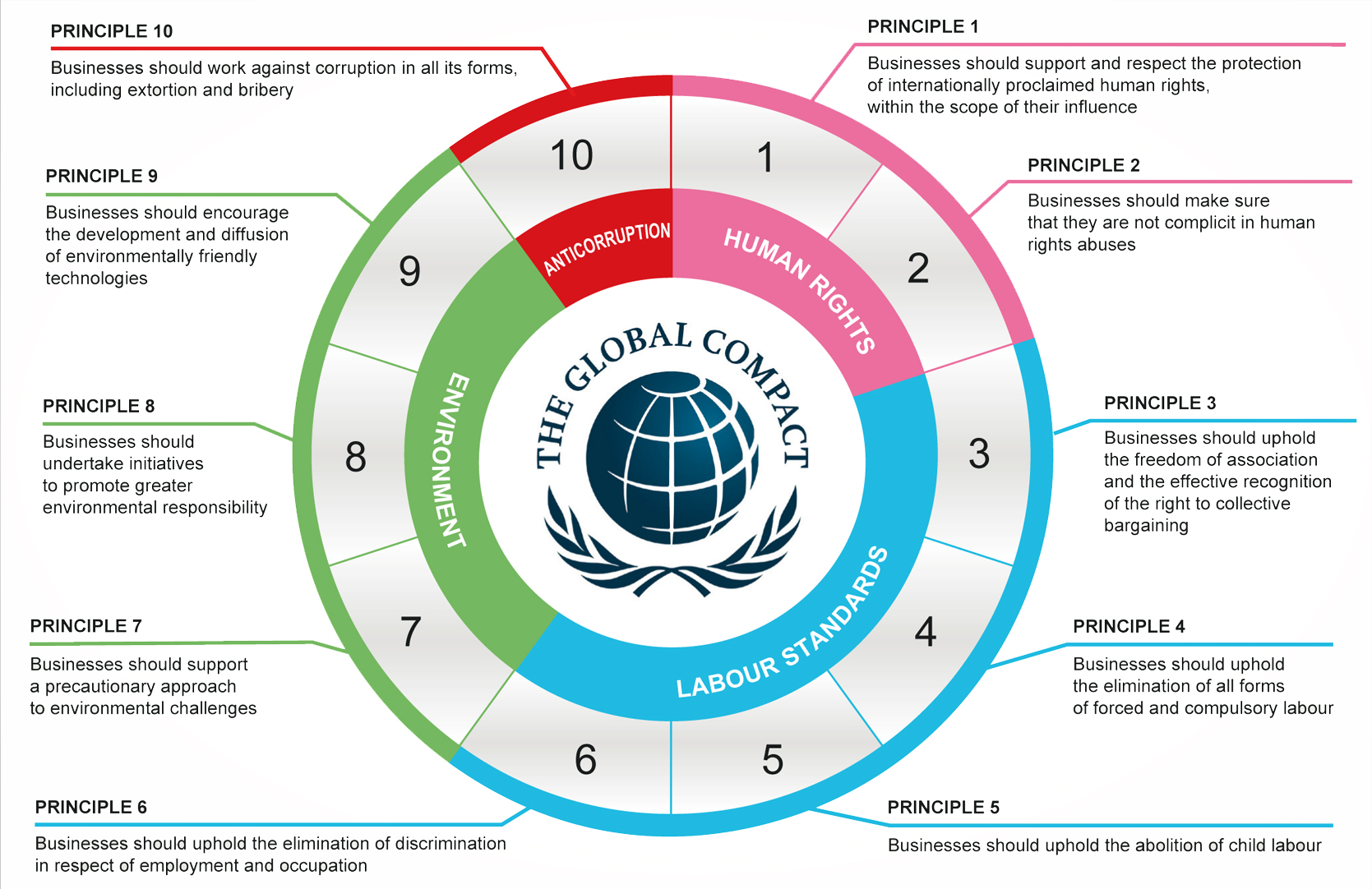 The United Nations Global Compact is an initiative to encourage businesses worldwide to adopt sustainable and socially responsible policies and practices and to report on their implementation. It is the world’s largest corporate sustainability initiative with over 13,000 participants, from over 170 countries. The ten principles are in the areas of human rights, the environment, and anti-corruption.

Learn about our Environment, Health and Safety policies, and annual toxic reduction reports for a comprehensive look at our commitments. 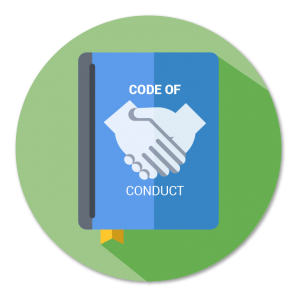 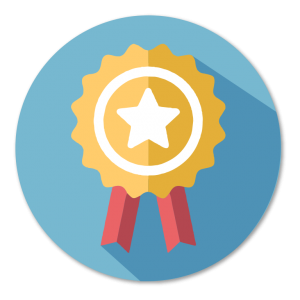 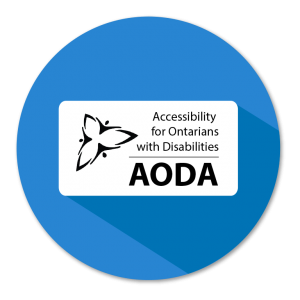 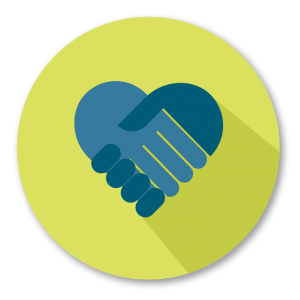 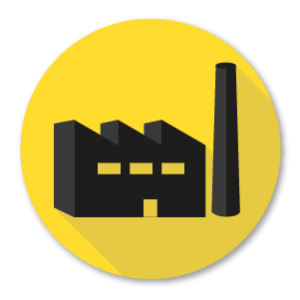 Since our founding, ABC Technologies has pursued strategic partnerships that will enhance our delivery and selection of products for customers. We have joint ventures located in China and Canada. 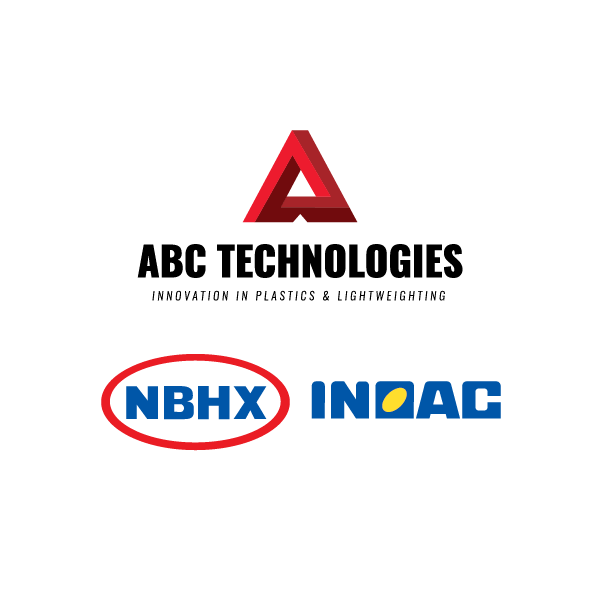 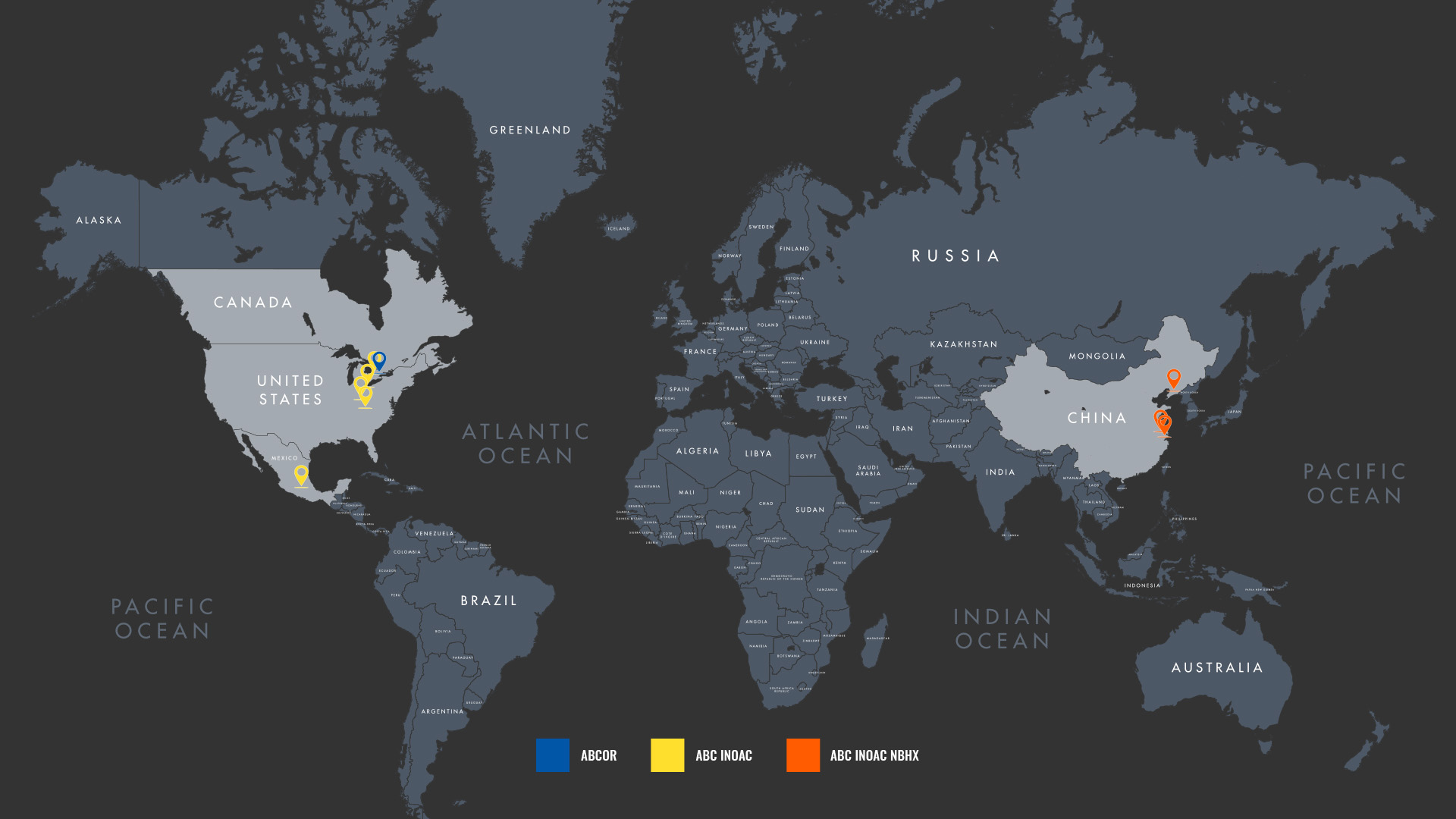 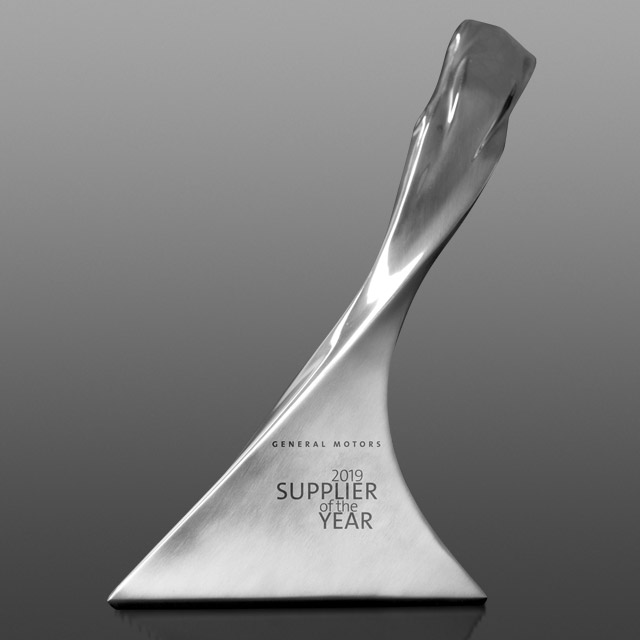 ABC Technologies has once again been honored by General Motors (GM) with the Supplier of the Year Award for 2019. This year, ABC Technologies was recognized for their Washer Systems. This is the fourteenth time that ABC has been awarded this prestigious award and is an example of our consistent commitment as an organization to deliver the best customer experience. 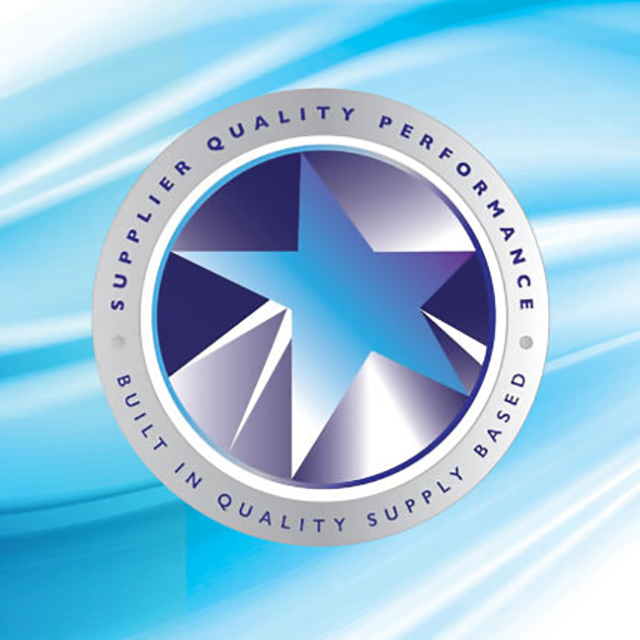 We are pleased to announce that ABC Technologies has been awarded the GM Supplier Quality Excellence Award 2018 from General Motors de Mexico. Congratulations to the ABC team in Mexico for creating and sustaining stability and excellence within an ABC plant. Thank you to our global ABC team for their support and efforts towards this achievement. The General Motors Supplier Quality Excellence Award is given to a shortlist of manufacturing facilities and only top performing suppliers are eligible to receive it, those that maintain a high level of program management, on-time delivery, customer satisfaction and product quality excellence. 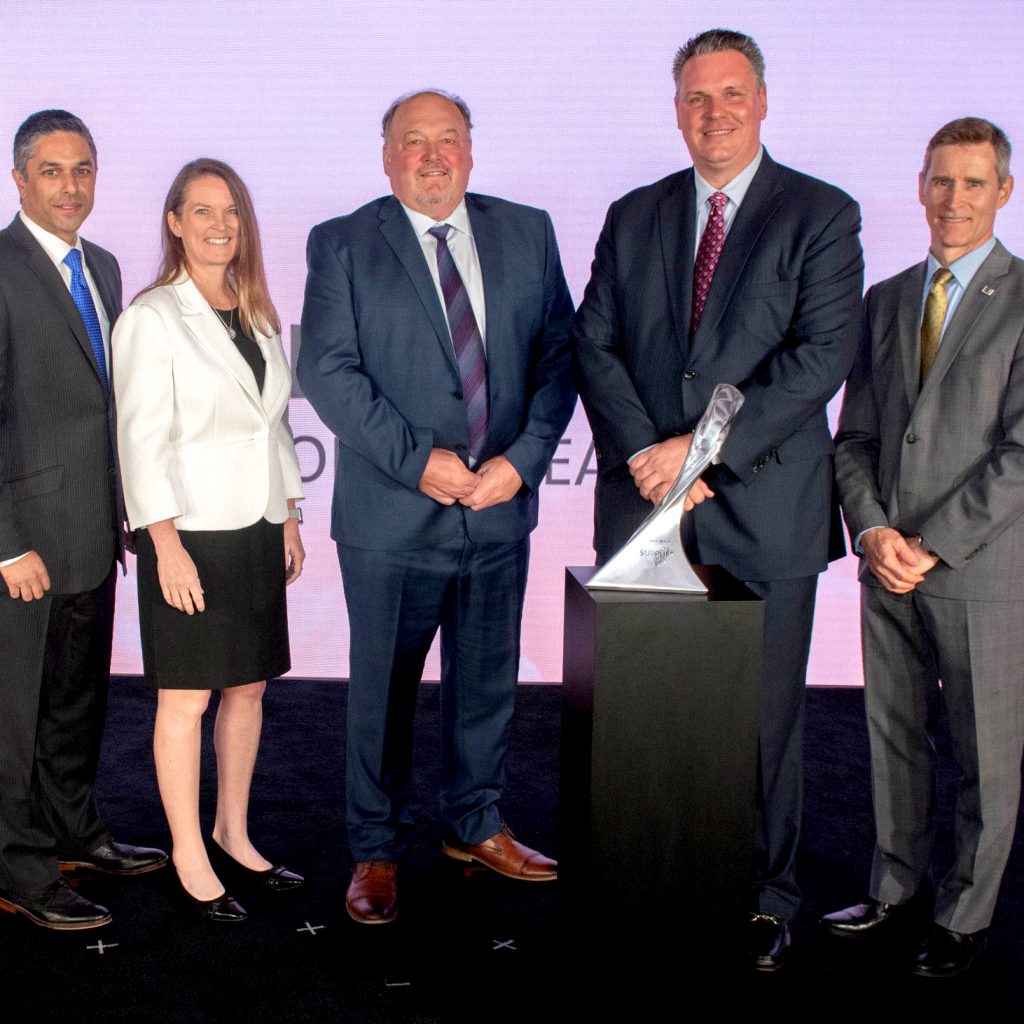 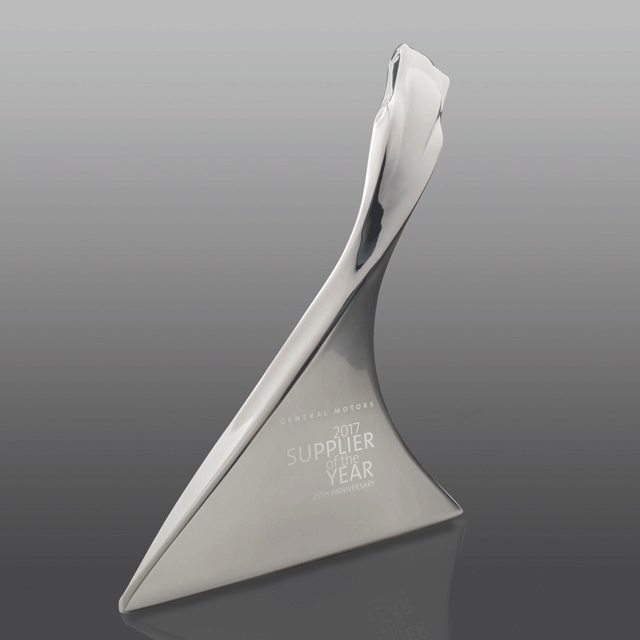 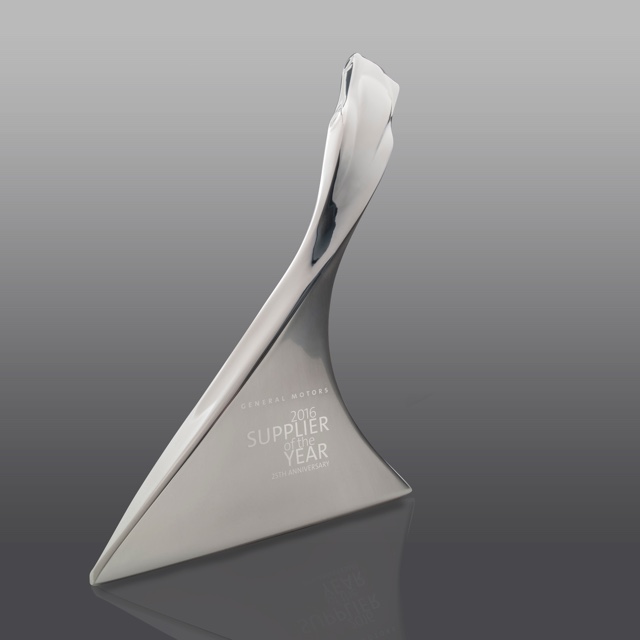 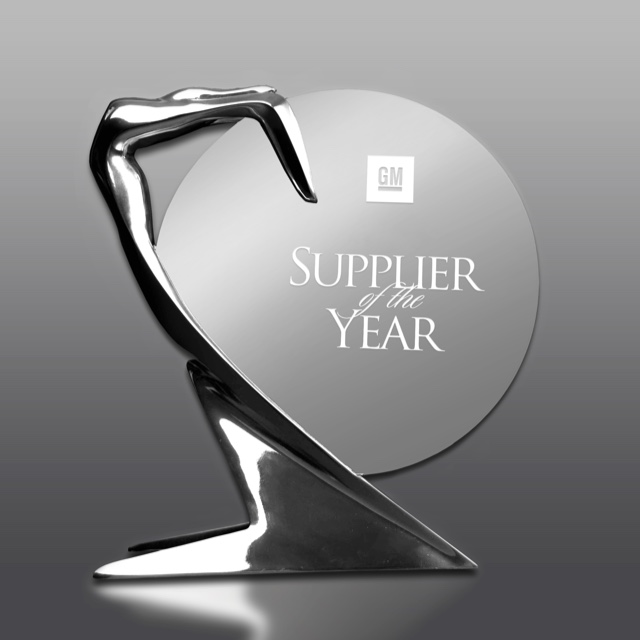 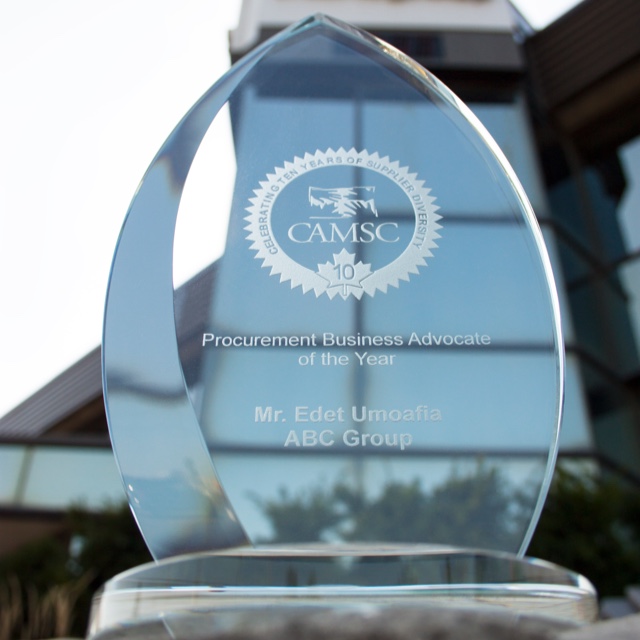 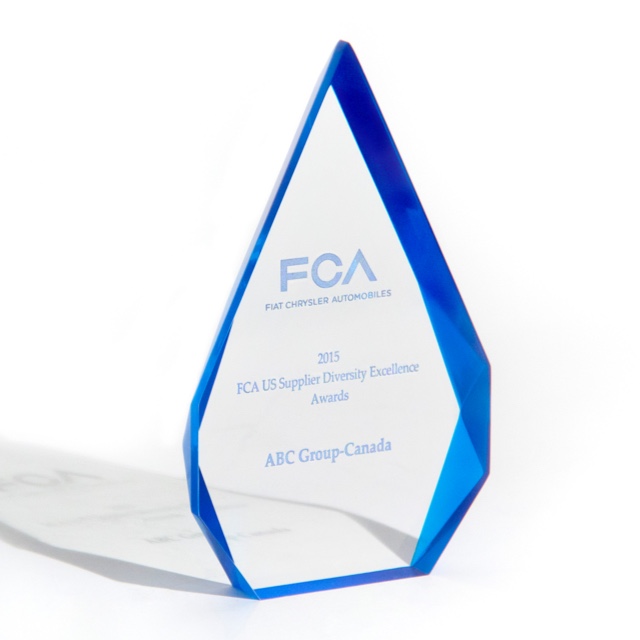 FCA US awarded ABC Technologies The 2016 ‘Supplier of the Year for ‘Engine Systems.’ FCA US recognized 16 of its best suppliers from North America that have demonstrated an extraordinary commitment to innovation, quality, warranty, cost, delivery and the FCA Foundational Principles. 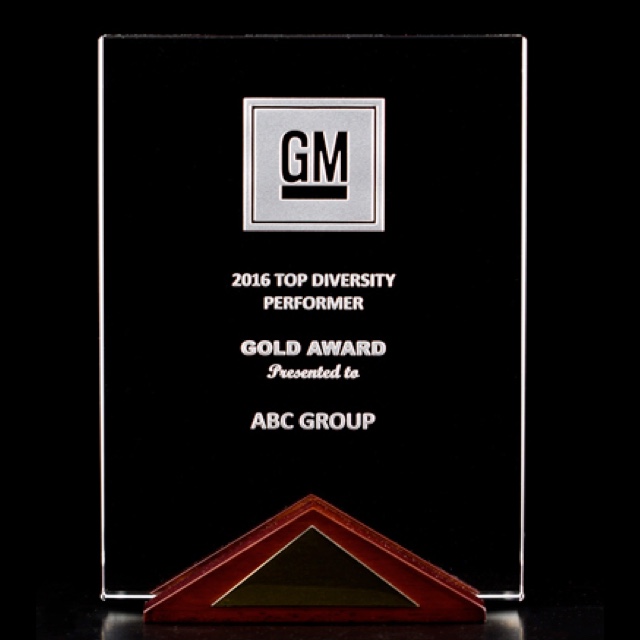 ABC Technologies was recognized for our efforts in promoting diversity within our company, and throughout our supply chain. We look forward to continuing our strong relationship with GM and our diverse suppliers. We recognize the barriers for various minority groups in the workplace, and celebrate the contributions they have made within the automotive industry.

Provided are the latest media resources such as press releases, media kits and videos. 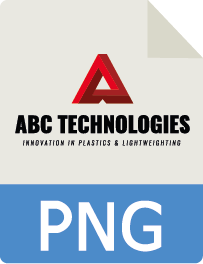 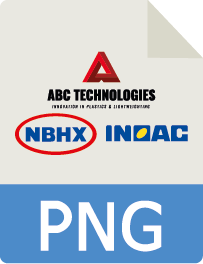 ABC Group Inc. Recognized by General Motors as a 2016 ‘Supplier of the Year’ Winner for Exterior and HVAC Products

ABC Group Inc. recognized by FCA US as the 2016 ‘Supplier of the Year’ Winner for ‘Engine Systems’